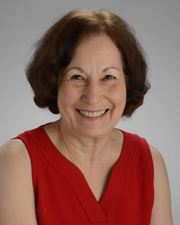 A faculty member in several medical school departments of pediatrics, mainly in divisions of newborn medicine from 1979-1997, Carlson rose through the ranks to professor in the Departments of Pediatrics, Obstetrics and Gynecology and Biochemistry at the University of Tennessee, Memphis. Her major research interest was on the effects of fatty acids that compose a large percent of brain membranes and found in human milk but not in vegetable oils typically used in the production of U.S. infant formulas.

Carlson moved to the University of Missouri Kansas City in 1997 and to the University of Kansas Medical Center in 1999. While at these institutions, she has continued intervention studies of docosahexaenoic acid (DHA) and arachidonic acid (AA) supplementation of infants and branched out into studies of DHA- supplemented pregnant women. The latter studies have been done in collaboration with John Colombo, Ph.D., at the University of Kansas through the Maternal and Child Nutrition and Development Laboratory. The investigative team now includes Colombo as well as Kathleen Gustafson, Byron Gajewski and Holly Hull in the Departments of Neurology, Biostatistics and Dietetics and Nutrition, respectively.

The investigative team has been active in large clinical trials studying infant DHA supplementation and DHA administered to women entering their second trimester of pregnancy. The goal of several completed trials was to evaluate the effect of DHA provided pre- and postnatally on visual development and behavior of infants, toddlers and, eventually, preschoolers.  Two RCTs are now ongoing to look at the effect of maternal DHA supplementation on fetal HRV and infant development (PI: Gustafson; Co-Is:  Colombo, Carlson, Gajewski) and reduction of early preterm birth (PIs: Carlson, Gajewski).  Follow-up of infants born in the latter trial is also funded by a separate NIH trial to determine the effects of maternal DHA supplementation on infant and child body composition (PI: Hull; Co-Is: Carlson, Gajewski).

Dr. Carlson's work and that of the team isrecognized nationally and internationally. In 2002, DHA and AA were added to U.S. infant formulas. In Nov. 2002, she was made an honorary member of the American Dietetic Association in recognition for her pioneering work in identifying DHA as a conditionally essential nutrient for developing infants. Carlson received the 2008 March of Dimes Agnes Higgins Award for outstanding achievement in the field of maternal-fetal nutrition at the American Public Health Association meeting in San Diego, October 2008.

Since 2002, Carlson has taken an active role in the education of U.S. pediatricians, obstetricians, nurses and dietitians about the roles of DHA in maternal and infant health. As part of her role, she has been involved nationally and internationally in evaluating the quality of evidence and establishing best practice guidelines for intake of DHA by infants and pregnant women.

Department of Dietetics and Nutrition, MS 4013