For more than four decades, U.S. children with disabilities have had the right to be educated alongside their nondisabled peers in the classroom. However, although progress has been made in achieving this outcome, far too many students are separated from their peers without disabilities and receive education in segregated settings. 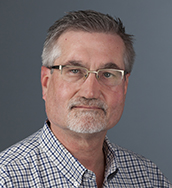 Michael Wehmeyer, the Ross and Marianna Beach Distinguished Professor in special education at the University of Kansas, will explore dominant understandings of disability leading to the 1975 Education for All Handicapped Children Act, how such understandings affected educational practices for learners with disabilities and how America can move beyond traditional models of special education. Wehmeyer, who also serves as chair of the Department of Special Education and director of the Beach Center on Disability, will present his inaugural Distinguished Professor Lecture, “Strengths-Based Approaches to Educating All Learners With Disabilities: Beyond Special Education,” at 5:30 p.m. Monday, Nov. 25, in Alderson Auditorium of the Kansas Union. All are welcome to attend, and a reception will follow.

Wehmeyer, now in his 20th year at KU, is a co-author, along with colleagues at KU, of the widely used textbook “Exceptional Lives: Special Education in Today’s Schools.”

“I will explore how changing understandings of disability are fueling strengths-based approaches to supporting people with disability and how, as a field, we need to go beyond traditional models of special education and reframe the education of learners with and without disabilities in efforts to promote autonomy, self-determined learning and inclusive educational practices,” Wehmeyer said.

Wehmeyer’s expertise lies in research and model development activities pertaining to the education and support of youths and adults with intellectual and developmental disabilities. His work covers issues of self-determination, positive psychology and disability, transition to adulthood, the education and inclusion of students with extensive support needs, and technology use by people with cognitive disabilities.

Wehmeyer, born in Wichita, earned bachelor’s and master’s degrees in special education from the University of Tulsa and taught students with extensive support needs in public schools in Oklahoma and Texas. He completed his doctorate in human development and communication sciences at the University of Texas at Dallas, taking a yearlong leave of absence to serve as a Rotary International Fellow in the Laboratory of Experimental Psychology and Centre for Research on Perception and Cognition at the University of Sussex in Brighton, where he earned an M.Sc. in experimental psychology. After completing his dissertation, he worked for a year as a clinical psychologist at the Fort Worth State School for people with intellectual and developmental disabilities, then spent the next decade at The Arc of the United States, conducting research on and intervention development to promote the self-determination of people with intellectual and developmental disabilities.

He has received funding in excess of $20 million from multiple federal agencies over the course of his career and is the author or co-author of almost 450 peer-reviewed journal articles or book chapters. He is the former editor-in-chief of the journal Remedial and Special Education and was a founding co-editor of the American Association on Intellectual and Developmental Disabilities journal Inclusion. He is co-author of several other AAIDD resources. Wehmeyer has written, co-written, edited or co-edited 45 books on disability- and education-related issues.

Wehmeyer is active in professional societies and associations, having held leadership roles including past-president of the board of directors for AAIDD and past president of the Council for Exceptional Children’s Division on Career Development and Transition. He is president of CEC’s Division on Autism and Developmental Disabilities. Wehmeyer holds fellow status in several organizations including AAIDD, the American Psychological Association and the International Association for the Scientific Study of Intellectual and Developmental Disabilities.

Wehmeyer has received several awards and honors for his research and service including the APA Distinguished Contributions to the Advancement of Disability Issues in Psychology Award and the Distinguished Researcher Award for lifetime contributions to research in intellectual disability by The Arc of the United States. In 2015 he received the Higuchi-KU Endowment Balfour S. Jeffrey Award, which recognizes a researcher with major and substantial impact of national or international interest.