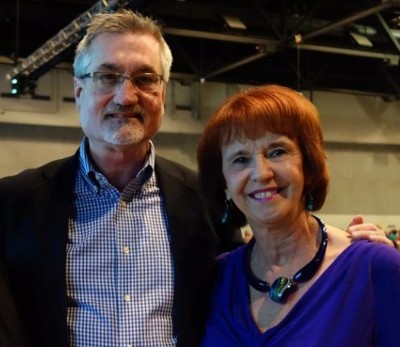 Ann P. Turnbull, Marianna and Ross Beach Distinguished Professor Emerita in Special Education and co-founder of the Beach Center on Disability, received the 2016 J. E. Wallace Wallin Special Education Lifetime Achievement Award. The award recognizes an individual who has made continued and sustained contributions to the education of children and youth with exceptionalities.

Turnbull’s research focuses on the ways school, home and family partnerships can work to improve quality of life for families of individuals with disabilities, including such lifespan issues as preschool services, inclusion and employment and independent living for adults with disabilities. She has published nine textbooks includingExceptional Lives: Special Education in Today’s Schools, which has been adopted by more than 500 colleges and universities. The National Historic Preservation Trust on Developmental Disabilities named her one of 36 individuals who changed the course of history for individuals with intellectual and developmental disabilities in the 20th century. She now resides in North Carolina and is a Faculty Fellow at the Frank Porter Graham Child Development Center at the University of North Carolina-Chapel Hill.

Michael Wehmeyer, Ross and Mariana Beach Professor of Special Education, received the CEC’s 2016 Research Award, which recognizes an individual whose research has significantly advanced the education of children and youth with exceptionalities.

Wehmeyer developed and validated an internationally known framework for conceptualizing, defining and promoting self-determination. He also created an evidence-based model for teaching, the Self-Determined Learning Model of Instruction, and created measurement tools used for research and classroom-based instruction. He has published more than 300 peer-reviewed journal articles and book chapters and has edited or authored more than 30 books. He also has served in leadership roles for multiple divisions of CEC and other associations. He is director of the Beach Center and co-director of the KU Center on Developmental Disabilities.